A formal ceremony of prayer and devotion was held on 17 July 2015 in commemoration of the 10th years of passing of Venerable Tham Sean, the 13th abbot of Lian Shan Shuang Lin Monastery. Venerable was appointed superintendent of the monastery in 1954 before taking up the role of abbotship in 1975. For five decades, venerable has lived and worked in the monastery, witnessing many commemorative events that have taken place over the years. In memory of his kindness and commitment, the monastery held this ceremony, hoping later Venerable will be back for our sake. 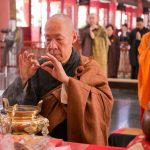 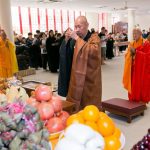 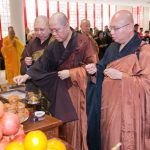 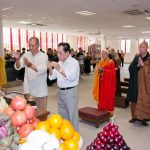